Still Life is an interactive gallery piece that takes traditional still life painting into the fourth dimension with a motion-sensitive frame on a rotating mount.

Years ago I had the idea of a still life painting that wasn't so still, but could never quite wrap my head around how to build it. After various experiments and explorations, I settled on Unity 3D as the ideal tool to make it happen.

On the hardware side is a custom-framed television connected to a rotating mount from Ergomart. Attached to the back of the television is a spatial sensor from Phidgets, makers of fine USB sensors. On the software side is a simple C application to communicate with the sensor and feed the data to a Unity 3D scene. The scene itself consists of a camera tied to the sensor data with all lights and objects parented to it so they rotate in unison. 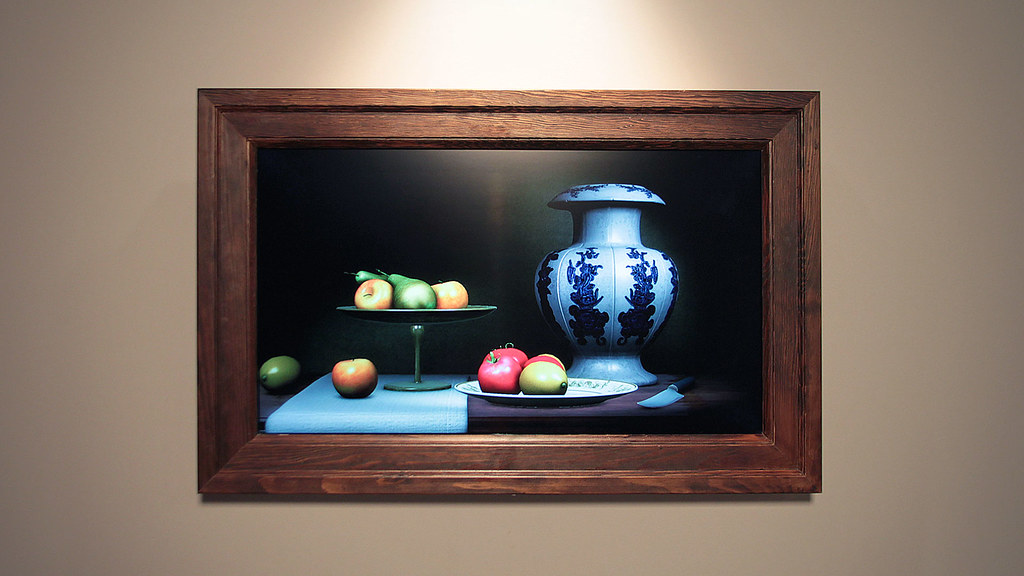 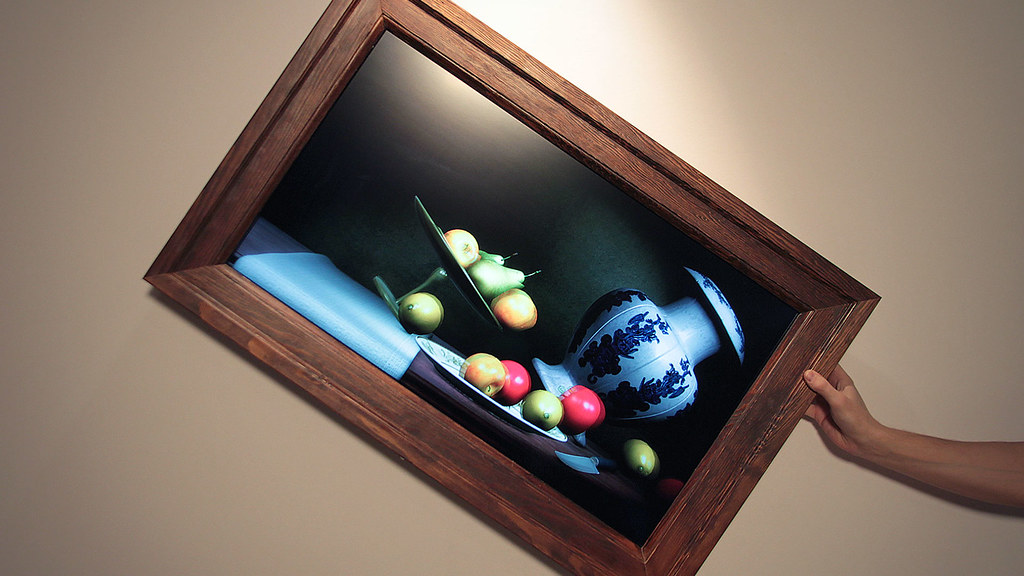 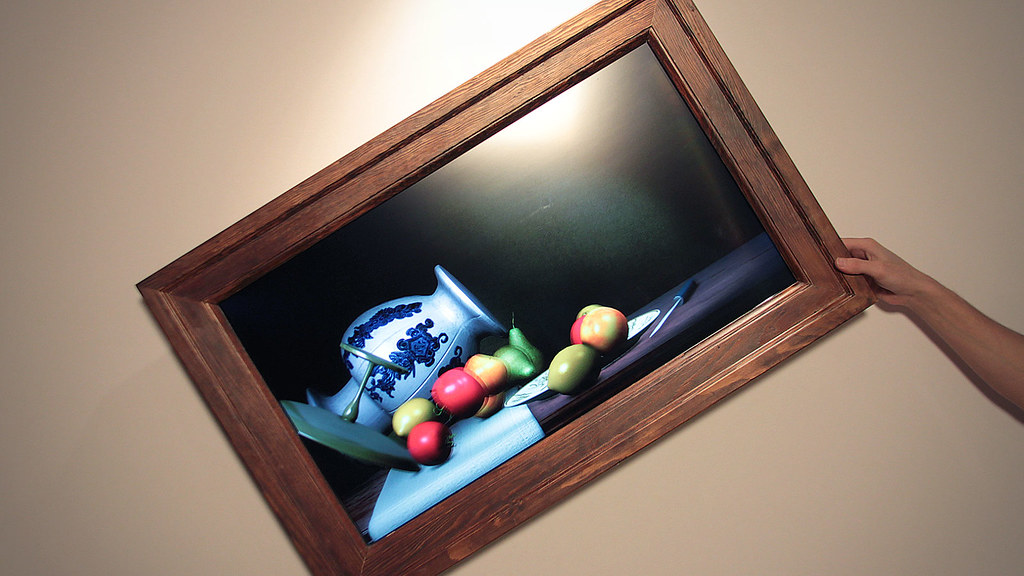 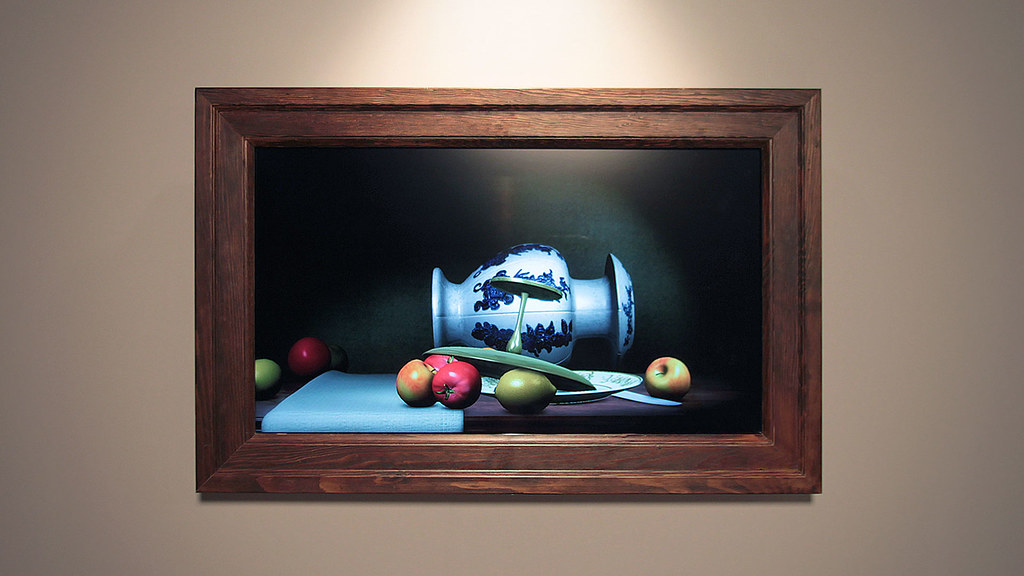 Many thanks to Andrew Butterworth for additional 3D support and Kenny Breit for helping shoot and edit the demo video. This project was produced at Süperfad.